Chapter 5 ~ From Kiev to Dnipropetrovsk

So here we were in West Ukraine after our Capharthy mountain adventures, ready for whatever came next. That came via a phone call with folks in Kiev.

"Oh good you called" they said, "you have to come right away so we can get you registered. If you don't register within three days of arriving in the country you will be illegal here," they explained. - Good to know - we had no idea! We liked it well enough in the area where we were, and had not even thought of driving any further. 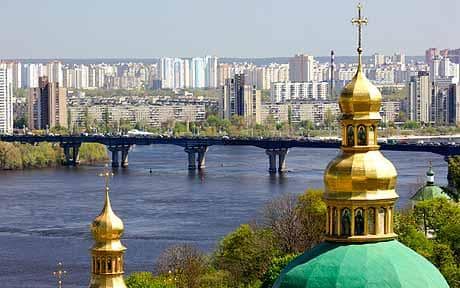 So we high-tailed it to Kiev just in time to get the paperwork rolling for our registration. The volunteers there knew the ropes and already had a fruitful work in the capital, so their experienced advice was certainly welcome.

At that time I think there were only two official campgrounds in Kiev (maybe in all of Ukraine), and we stayed a night or two at one of them. I remember our friends came to visit us there and already had a proposal up their sleeve.

Some teams had been out in the far east of Ukraine distributing Christian literature, and apparently the office handling the mail had received a lot of responses from Dnipropetrovsk. As such they were hoping to send a team to establish an outpost there. What's more, if we would consider going, Joy, a Ukrainian national, offered to come with us to be our translator. 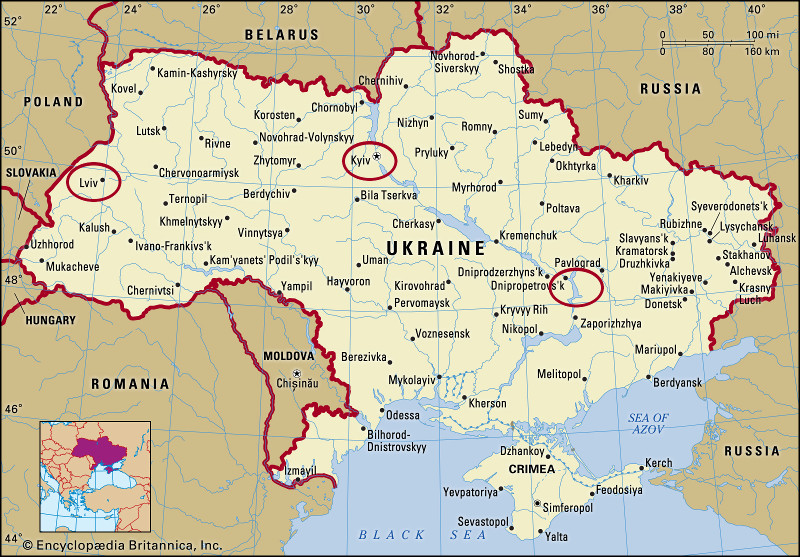 Woah, I thought - hold your horses! That's not what we had in mind. For several reasons - First of all it was getting late in the year, and I thought we needed to find a place to settle before winter. Secondly, we already had our eyes on L'viv in west Ukraine. That area had proven to be most welcoming! Also, L'viv was much closer to western Europe, for when we needed to make trips to Scandinavia. It really sounded like we would be stretching ourselves too thin. Besides, Dnipropetrovsk was not even on our road map of Europe, which ended just East of Kiev (or Kyiv as it's called now) - so there!

Still I tactfully conceded that, "well, we could pray about it, and 'get a confirmation from God', that your 'preposterous proposal is indeed absurd'" I was pretty sure that He was in agreement with 'my' plan - that I had already logically concluded - ha!

Can you guess where this is going?

That night we brought it before the Lord. In all honesty I don't think we were all that confident in our ability to hear His still small voice, and get His leading clearly - but believe it or not - every single one of us got a strong feeling that going to that city out in the East was indeed God's will.

It went against all reason and logic, but despite all good arguments to the contrary, we had the inner conviction that this was what we were supposed to do, and that this was indeed where the Lord was leading. I remember we all got very excited about this outlandish idea! 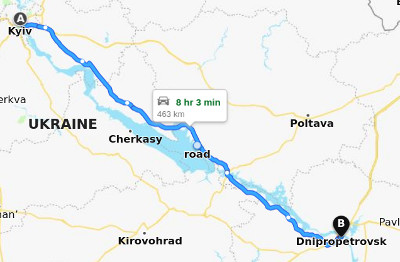 When the lady at the campground heard of our plan to drive along the Dnepr river down east to Dnipropetrovsk she clapped her hands and exclaimed, "Oh, that is such a picturesque journey!"

So with the addition of Joy, we set off along the waterway that is the life-blood of the enormous wheat fields on the steppes of Ukraine. 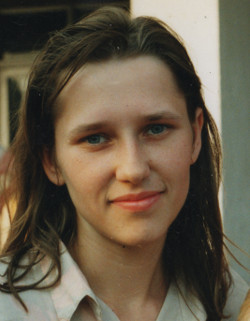 Joy was a brilliant student from the Ukrainian language institute in Kiev. Her parents lived down by the Black Sea (more about them later), and she had been given permission to join the volunteer work. At the end of her last year of studies she went back to Kiev and passed the exam top of her class.

All the years we spent in Ukraine Joy stood faithfully by us. A serious and dedicated self-less worker and later mother and teacher for her two children, and she is still there in Dnipro carrying on the work we started. I want to take this opportunity to extend a big "thank you Joy" for all your sacrifices and hard work, for your steadfastness and inspired translation and interpreting. Without your help I don't know what would have become of us all!

By the way, if some of the place names are spelled differently on some maps, it's because they are! Partly because the Government in Kiev was pushing to replace Russian with Ukrainian, and partly because of the difficulty in translating Cyrillic to Roman characters, so get used to it!

Coming to the edge of Dnipro we were flagged down at a police checkpoint. The policeman in charge was looking curiously over our rig. When he saw my youngest son Peter resting on the bed in the back, he jumped into action, "he is not in a seat - that's illegal - STRAF!" - meaning, "you have to pay a fine."

After some debate he let us off with a five dollar "contribution" and sent us happily on our way with a, “шаз левас” - "have a nice trip!" - That was our welcome to the city that was going to be our headquarter for almost seven years. This was also the first of the many encounters with traffic police we had during our time there :-) 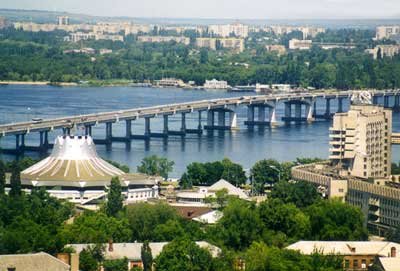 Now we had to find a place to park for the night. Obviously we couldn't just camp on the streets of this major industrial hub. In fact Dnipro had only just recently been opened for foreigners to visit - and later we found out why - but that evening we found our way to a parking lot outside the circus building next to the bridge over the river.

There we met a kind man who was working the lights in the circus. He invited us to stay at his flat until we could find a more permanent location. Another providence!

He had a small place in a housing complex close to Gagarin street, most cities in the former Soviet Union has a street named after their Cosmonaut hero. So the next few nights we stayed at his place. I have forgotten his name, but he was such a sweet fellow! 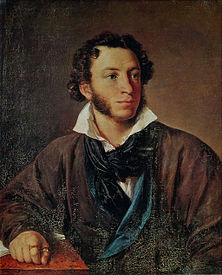 I remember he had a picture of the famous poet Alexander Pushkin hanging on his bedroom wall. In the former Soviet Union many people had great admiration for their famous writers and poets. When talking about Pushkin, he demonstrated his love for his writings by kneeling down and holding his folded hands up in front of the portrait. Eventually we were able to introduce our host to someone "even greater than Pushkin." 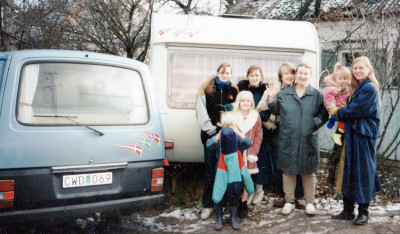 After a few days we found a small house for rent on the other side of "Prospect Gagarina".

The place had been rented previously by an American teaching English at the University, and we negotiated a modest rent with the landlady. Here we are parked out in front of our first house.

We were to have lots of experiences with landlords and landladies in the six different locations we stayed during our years in Dnipro - some more delightful than others - more about that later.